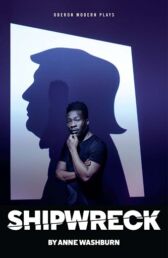 Acclaimed US playwright Anne Washburn seeks to understand people who voted for Trump and give them a voice in this sinister and sensational new play ...

Something is breaking apart

Shipwreck is a "nightmarish comedy" about Donald Trump with characters including the President, former FBI director James Comey and George W Bush

Trump, his family, and his immediate inner circle are either on stage or talked about almost incessantly

Alongside them are fictional liberal characters who are "wrestling with what Trump is, both politically and existentially"

Anne Washburn is best known for Mr Burns, a post-apocalyptic epic that revolves around an episode of The Simpsons and for an adaptation of The Twilight Zone