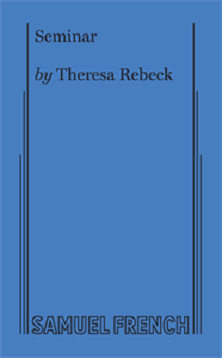 In Seminar - a provocative comedy from Pulitzer Prize nominee Theresa Rebeck - four aspiring young novelists are gathered in an Upper West Side apartment waiting for Leonard, an international literary fiction guru for whose counsel they have each paid $5,000

And the opportunistic Izzy

They are a fractious lot even before Leonard arrives, swapping barbs about one another's pretensions

But that's nothing compared to the verbal flatulence that fills the air once Leonard finally turns up, trailing weary contempt and sexual charisma

Under his recklessly brilliant and unorthodox instruction, some will thrive and others flounder, alliances will be made and broken, and sex will be used as a weapon