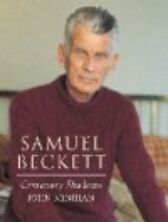 Samuel Beckett, one of the foremost playwrights of the twentieth century was rarely photographed, despite the fact that he was extremely interested in the process of photography

In 1969, when it was announced that he had been awarded the Nobel Prize for Literature, he refused to attend the ceremony, and retreated to Morocco

When he returned to Paris, where he spent most of his adult life, he tended to frequent restaurants and cafés where he would not be recognized. It was in one of these cafés that John Minihan took what became the most famous image of him

John Minihan, an Irish photographer, who lived and worked in London for over thirty years, first met Beckett in London in 1980

It was here that Samuel Beckett saw John's photographs of an Irish wake and, as a result, agreed to be photographed by him. Over the next four years John continued to photograph him in London and Paris