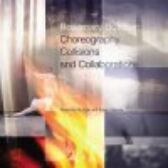 A beautiful, full-colour monograph on the work of Rosemary Butcher, who has influenced and inspired three generations of British choreographers

Since the 1970s she has been developing her own movement language and choreographic form based around conceptual art, pure movement and complex handling of space

Illustrated with striking images from her performances, the book shows how Butcher has made a unique contribution to British contemporary dance

"Rosemary Butcher still, remarkably, manages to wipe the slate clean with every new work that she produces" ~ The Spectator

" ...a choreographer who has been treading her radical path for almost 30 years and just gets better and better" ~ The Independent