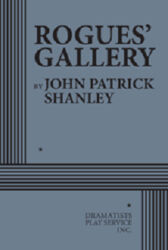 After a doomed proposal and a night of heavy drinking, a would-be fiancé wakes to a hangover and a missing engagement ring

Drive - (W1) - “He looked at me like I was an unexpected problem, like the day had been going fine, and I ruined it”

A cabaret singer does not like the janitor at her club, and the feeling is mutual

As she struggles to find authenticity in her performances, a sudden event brings inspiration

A journalist becomes infatuated with a writer, leaving her fiancé behind and diving headfirst into a blissful romance

But when a friend reaches out with an unsettling discovery, she uncovers the strange truth about her new relationship - and herself

The Acupuncturist - (N/S1) - “She was exceptionally good at finding pain”

The Clerical Line - (M1) - “It is not enough to foresee a fashion. One must have courage”

I Was Right About Everything - (M1) - “I’m the fascinating one. We both know that. I’m the one a movie star would want to play”

During a global epidemic, a quarantined woman slips away from her boyfriend to call her lover

The Choreographer's Hand - (M1) “The best way to get away with murder is don’t talk about it, and I never have”

In this longer piece, a pianist prone to visions unravels the curious sequence of events that pushed him to kill