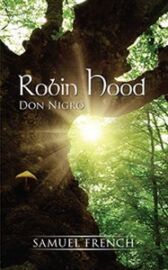 In a land where the rich get richer and the poor are starving, Prince John wants to cut down Sherwood Forest to put up an arms manufactory, a slaughterhouse and a tennis court for the well to do

This bawdy epic unites elements of wild farce and ancient mythologies with an environmentalist assault on the arrogance of wealth and power in the face of poverty and hunger using feeble and insane jesters, a demonic snake oil salesman, a corrupt and lascivious court, a singer of eerie ballads, a gluttonous lusty friar and a world of other grotesque characters out of a Brueghel painting