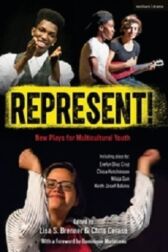 In their exposé of Gen Z, The New York Times qualified its members as the “most diverse generation in American history"

Yet the majority of these works represent predominantly white voices, both in terms of authorship and representation

The playwrights - among them award winners such as Chisa Hutchinson and Nilaja Sun - have created texts that are dramatic and comic, satirical and earnest, touchingly real, and amusingly surreal

Varying in length and format, suitable for classrooms and youth groups of all sizes

The plays address such themes as:

No Child… by Nilaja Sun
Ghosts of Skunk Hollow by Keith Josef Adkins
Gunshots at 2 P.M. by Keith Josef Adkins
This Time with Feeling by Chisa Hutchinson
777 by Chisa Hutchinson
Marathon and Mucilage, a Contemplation on an Appellation by Chris Ceraso
Homecoming Dance by Evelyn Diaz Cruz
Snap the Sun by Pia Wilson
The Bottom Line by David Lee White
The Aftermath by Paris Crayton III
Charisma at the Crossroads by Nina Angela Mercer
Southwestern High by Cassandra Medley
Stare and Compare by Evelyn Diaz Cruz