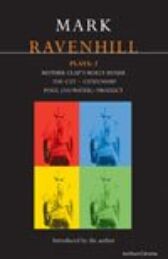 Provocative, dark, witty and satirical, his plays consistently probe the debased culture of our times

This second volume of plays brings together five plays from 2001-07 ...

Product Ravenhill's one man satire on the media industry that since its premiere at the Edinburgh International Festival in 2005, has been produced around the world