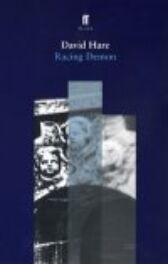 'How do you fight without hate?'

Racing Demon reveals the struggle of four clergymen to make sense of their mission. David Hare's play opened in 1990 to universal acclaim, and won four awards as Play of the Year

Racing Demon was the first part of David Hare's trilogy of plays about British institutions; Murmuring Judges and The Absence of War completed the trilogy