Queen Victoria and the Last Maharaja of Punjab 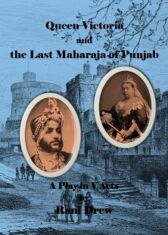 The British have annexed the Kingdom of Punjab, India and deposed the ten-year-old Maharaja, Dalip Singh

Isolated from his realm and family, Dalip is placed under the care - and control - of the British, converted to Christianity, and sent to live in exile in England

That is, until a series of crucial events push him towards an ambition to recover his kingdom

And banish the British from India