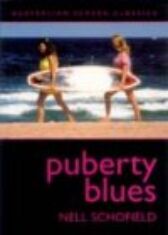 In this lively and honest account of the making of the Australian classic film, writer and broadcaster Nell Schofield recalls how she won the role of Debbie and what it was like on the set

She looks at the parallels between the film, the book and her own surfside teenage years, and at the extraordinary responses to the film, both on its release and since