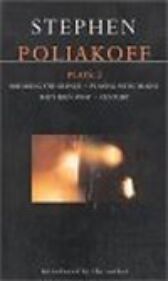 Breaking the Silence: "How well Poliakoff understands the indignities and absurdities of dispossession, the brazen pluck and ruthless cunning you need to survive it; and the bewilderment of the young who only want to be normal...One of the most thrillingly individual works of the last decade or two" ~ Sunday Times

Playing with Trains: "An epic drama involving a ruinous defence of a libel suit in the High Court, a running battle with two children in whom Galpin takes less interest than his proteges, misfired property schemes, and an attack on the reluctance of big business to support the idea wallahs...marvellous scenes" ~ Weekend Guardian

She's Been Away: "This poignant, funny film...was written by Stephen Poliakoff for Peggy Ashcroft. Her character is Lillian, thrust into a frightening and incomprehensible world after sixty years in a mental institution" ~ Weekend Guardian

Century: "If all British films are to be costume dramas then let them all be as intelligent and imaginative as Stephen Poliakoff's Century. The strength of the film lies not just in the strong performances or unusual storyline but in images that conflict with our idea of what the past looks like...Century deserves to be celebrated for its effortless integration of contemporary issues - immigration, genetic engineering - with a convincing historical story" ~ Independent

Stephen Poliakoff ' ... has been one of our sharpest and least predictable writers for the past twenty years' ~ Daily Telegraph