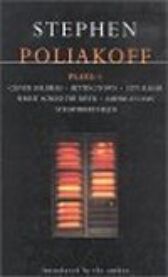 Clever Soldiers: "is a thoughtful play about violence" (Times) which attacks the mythology of Oxbridge against the background of war

City Sugar: "A savage dissection of that pristine slagheap of Our Times - mass culture" ~ Time Out

Shout Across the River: " ... traces the progress of a passionate and extraordinary relationship between a young mother and her teenage daughter played against the background of a vast suburb of south London" ~ Guardian

American Days: "Into the escapist limbo of a top record company executive's office tumble three teenagers, spotted by an insecure talent scout and now given a hit or miss chance to impress...Poliakoff has the dramatic ability to make you care very much...a completely enjoyable play" ~ Financial Times

"Imaginative and controversial...a sort of Pinteresque fantasy with thriller overtones" ~ Plays and Players