Plays for Children - Volume ONE 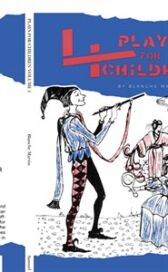 The four plays in this Collection are ...

Birthday of the Infanta - M4,F2

This unusual piece unfolds in classical Spanish style as two royal >brothers contest the kingship. Cruelty kills the queen, breaks the king's heart, makes a queen of the cold and calculating Infanta, and destroys the dwarf who loves her

The firebird is an enchanted bird who, if captured, will die. The youngest of three princes captures her, but then releases her as a gift of love. This enchanting tale is done in Japanese Noh theatre style with sword fights, fan dancing, and songs

The Legend of Scarface and Bluewater - Large Mixed Cast

This is an Indian legend which tells how the first medicine man came to be. It incorporates much audience participation, and is perfect for schools

Two strolling players come to Hamelin, a town cursed with an infestation of rats. One of them is there to avenge his father's death. This new version of the favorite tale is based on the Orestes myth. It has tragedy and comedy, dance and music that appeals to children and adults