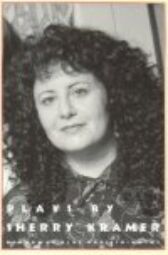 "...Sherry Kramer's inventively structured, colorfully written and frequently lyrical play...The narrative fluidly shifts back and forth between the present and the span of a few days two years earlier, when Jean and Marilyn met and Jean received the fateful phone call from home informing her of David's death.... ...this thoughtful meditation on loss...." Douglas J Keating, The Philadelphia Enquirer

"...Kramer is working with some provocative material: Jean and Marilyn, a pair of red-haired temptresses (or so they like to think), meet in an enchanted boudoir setting of bent willow and diaphanous draperies, find that they share a million and one likes and dislikes, old boyfriends, nasty habits and family patterns, and fall in love because of that almost magical twinship.... Kramer does, however, have a way with verbal imagery. Woven through the script are wonderful references to fairy tales--Snow White, Sleeping Beauty, Rapunzel...The playwright is also adept at monologues chock-full of telling details...." Pamela Sommers, The Washington Post

"...All the scenes are interspersed with lines from previous scenes and foreshadowings of things to come, so there is a coiled, spiralled tension instead of the suspense of an ordinary linear plot. Except for their monologues about death--and the one opening the second as is a stunner--the actresses are always in duet.... ...DAVID'S REDHAIRED DEATH is a stirring, annoying and difficult piece of work. But an absorbing one...." Elizabeth C Donahoe, The Washington Blade - 2 W

"Sherry Kramer's THINGS THAT BREAK is a terribly difficult, painfully beautiful play in which everything is broken. The storytelling is jagged, taking surreal twists as it shifts back and forth between the worried wife of a man having heart surgery and her grown son and daughter.... This is a wildly imaginative piece of work.... ...listening to Miss Kramer's kaleidoscopic language...is like being under some hallucinogenic anesthetic...." Nelson Pressley, The Washington Times

"You may have heard that playwright Sherry Kramer is biting off more than she can chew in THINGS THAT BREAK, her free-form comedy about sibling rivalry, heart surgery, and the American dream. Don't believe it. The lady chews like a champion. Chomps, actually, greedily bobbling up insights that would surely escape lesser writers, just as she did when introducing the metaphysics-obsessed lesbian lovers of DAVID'S REDHAIRED DEATH...." Bob Mondello, CityPaper - 7 M, 6 W

THE WALL OF WATER

"...THE WALL OF WATER quickly bursts through the dam of conventional theater for two hours of the kind of inspired and breathtaking chaos so rare on America's stages that we may have forgotten the word for it. The word is farce.... Even though Sherry Kramer's play is gleefully packed with all those most cherished elements of classic farce--mistaken identity, miscommunicated messages, misunderstood orders--the exasperations which fuel the play's wacky fires from start to finish are recognizably--and sometimes grimly--contemporary.... What distinguishes Kramer's farce from even her most esteemed European counterparts is four strong female roles at the heart of this eloquent craziness...." Margaret Spillane, New Haven Independent - 4 M, 4 W