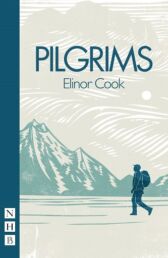 Dan and Will climb mountains

She's writing a PhD about men like Dan and Will, and their impulse to climb, to overcome, to claim

She intends to make her own

But with the thrill of a climb just days away, it's not just principles, but people, in danger

A play about adventure, betrayal, and man's impulse to conquer the world