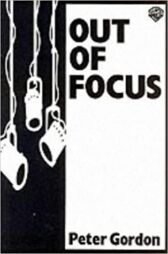 Kath and Bob arrive ready for their planned badminton game amidst their own marital quarrels about Bob's secretary Linda, who also arrives ready to play, with ladies' man Wayne not far behind

Confusion reigns until everyone finally unites for a common cause, the production of the pantomime

Over the coming weeks, alliances are formed and switched as they all battle against the odds and the opening night nears

Bob and Kath's marital troubles continue, with Linda in the middle

Helen, in between staging walk-outs, is in pursuit of David

Although he only has eyes for Sue

Wayne is out to impress anyone who will listen, while Leonard rapidly bores everybody into submission

Events finally culminate during Leonard's talk at the final night party, when Evonne finds her confidence, Helen her come-uppance and everyone else receives their just desserts