Our Man in Havana 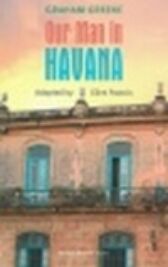 There's just one problem - he doesn't know anything!

To avoid suspicion he begins to recruit non-existent sub-agents, concocting a series of intricate fictions

But Wormold soon discovers that his stories are closer to the truth than he could have ever imagined ...