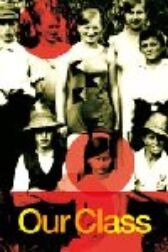 A group of schoolchildren, Jewish and Catholic, declare their ambitions - one to be a fireman, one a film star, one a pilot, another a doctor

They are learning the ABC and this is Poland, 1925

As the children grow up, their country is torn apart by invading armies, first Soviet and then Nazi

Polish playwright Tadeusz Slobodzianek confronts his country's involvement in the atrocities of the last century and follows the one-time classmates - amidst the weddings, parades, births, deaths, emigrations and reconciliations - into the next