O Brother Where Art Thou? 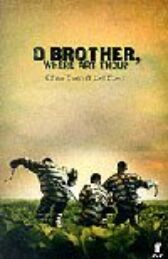 The Coen brothers have delighted us with films such as Barton Fink, Fargo and The Big Lebowski

Oh Brother, Where Art Thou? is equally enjoyable

Set in the American Deep South of the 1930s, it concerns the exploits of three fugitives who escape from a chain-gang and go on the lam

In the course of trying to elude the law and the Ku Klux Klan, they somehow manage to cut a hit record

The film is derived from Homer's Odyssey, and pays homage to the great Preston Sturges, but remains unmistakably Coenesque

This is the Screenplay