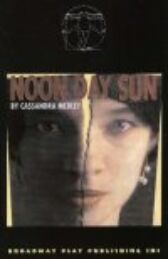 "Wendy and Brian Sims, self-described `night school loners from Fort Wayne', on a roll at the big Detroit auto trade show of 1957, have just been crowned `Autorama Couple of the Year'

With Brian's career in orbit as his company's leading salesman of automotive accessories and plate glass, and lovely, Southern-belle Wendy basking in the glow of her burgeoning pregnancy, these two `comers' are destined to realize their American dream of 'making ourselves out of nothing' Or are they?" ~ Naomi Siegel, Montclair Times

Winner of the 2001 TheatreFest Regional Award for Best Play