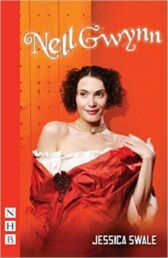 "They've disgraced our trade. Ruined our art. They've put a woman on the stage"

Jessica Swale, bestselling author of Blue Stockings, charts the life of Nell Gwynn in this rambunctious swagger through the life of the actress and notorious mistress of King Charles II

Written specifically for London's Globe theatre, it's a big barnstormer of a play, certain to delight audiences

It's set in London in 1660 where - following the fall of the Puritan Revolution - King Charles II has exploded onto the scene with a love of all things loud, extravagant and sexy

And at Drury Lane, a young Nell Gwynn is also causing much stirring amongst the theatregoers

And, of course, her hard-won place in the heart and the bed of the King

But at a time when women are second-class citizens, can her charm and spirit protect her from the dangers of the Court?

And at what cost?

"Bawdy and brilliant ... a wonderful, warm-hearted and generous piece of theatrical history" ~ The Stage

"An out-and-out celebration of the fun of theatre if you're looking for laughs, and a romping brash show, this is great" ~ The Arts Desk

"Superbly funny a juicy, well-wrought thing of great fun, a wonderfully layered celebration of theatre, but most of all an apt homage to a woman incredibly ahead of her time" ~ Time Out