Naked and Other Screenplays 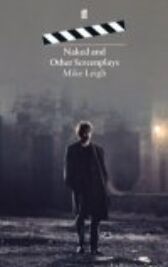 Few directors in contemporary cinema have laid bare the divisions, misunderstandings and grievances of our society with such skill and rigour as Mike Leigh. Naked is perhaps his most daring achievement, and was hugely acclaimed at the 1993 Cannes Film Festival. It's a drama that offers an unlovely vision of London and its denizens, one which many people would rather ignore

Leigh's protagonist Johnny is a consummate nineties anti-hero: full of spleen and repellence, cruelly funny, seemingly callous and careless, yet capable of startling passion and fellow-feeling. In Naked, violence and gentleness, comedy and tragedy go hand in hand, amid a landscape inhabited by the kind of raw drawn-from-life characters only Mike Leigh can create