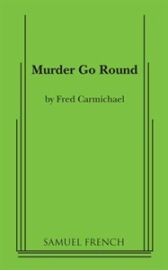 As soon as Pat Kirby arrives for safe keeping at an off season summer cottage with Susan, her Witness Protection Program representative, the laughter and intrigue begins ...

Pat, the key witness in a murder trial, saw an executive shot for control of his overseas account

As he was wheeled into the operating room, she saw him transmit the numbers needed to access the off shore account, but she can't figure how to find those numbers

Who can Pat trust?

Is the resident shopkeeper a substitute?

Why does the local interior decorator seem out of place?

What about the man who claims to be her husband or the girl claiming to be her daughter?

The young fellow from which agency? And most of all, the head of the WPP who is experiencing temporary amnesia?

Everyone wants the numbers in this hilarious comedy