Mugabe, My Dad and Me 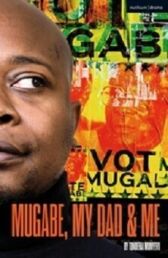 Something strange happens when the past comes crushing into you, right in the present

The British colony of Rhodesia becomes the independent nation of Zimbabwe

A born-free, Tonderai Munyevu is part of the hopeful next generation from a country with a new leader, Robert Mugabe

Mugabe, My Dad and Me charts the rise and fall of one of the most controversial politicians of the 20th century through the lens of Tonderai's family story and his relationship with his father

Interspersing storytelling with Mugabe's unapologetic speeches, this high-voltage one man show is a blistering exploration of identity and what it means to return 'home'