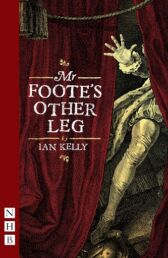 Large Mixed Cast
A riotously funny play exploring our obsession with celebrities, based on Ian Kelly's award-winning biography of the same name

In Georgian London no one is more famous than Samuel Foote

Actor, satirist, impressionist, comedian, friend of David Garrick and Dr Johnson, he has become a celebrity in an age obsessed with fame

He even has the ear of the King

And under the surgeon's knife!

Adored by many, despised by some, he's now at the centre of a media storm

And there's only one question on everyone's lips ...

Does fame make you mad?

Premiered at London's Hampstead Theatre in September 2015, it is the fastest selling play in the theatre's history