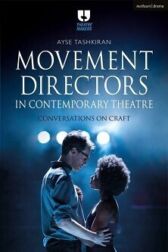 'When directors understand the value of a movement director they remove any sense of hierarchy within the room and place movement directors firmly by their side for they are and should be their co-pilot, navigating and creating the world of the play' ~ Joan Iyiola

Movement directors work with the physical, living bodies at the heart of theatre productions, creating movement languages with actors and directors

Through a series of in-depth interviews with leading theatre practitioners, Ayse Tashkiran charts the growth of the movement director in contemporary theatre

The Conversations open up:

“Tashkiran has collected interviews with fellow movement directors for years. She is a great interviewer and a careful listener, instinctively taking a back seat and giving space and time to her interviewee, only intercepting to dig a little deeper or tease out more clarification … [the book] brims with different personalities, unfinished thoughts and stream-of-consciousness monologues – the struggles of people who habitually work with bodies to find the right word. The book allows us to sneak a peek directly into the rehearsal room and the very practical physical craft that happens there.” – Springback Magazine

“Opens up discussions on key aspects of the creative process, how to make a name for yourself and what it is truly like to work with bodies of all backgrounds … Tashkiran's own passion and experiences set out the foundations for this highly informative and insightful book, which is highly recommended for all those who have a desire to choreograph, movement direct or simply have a curiosity for how a production gets moving.” – One Magazine