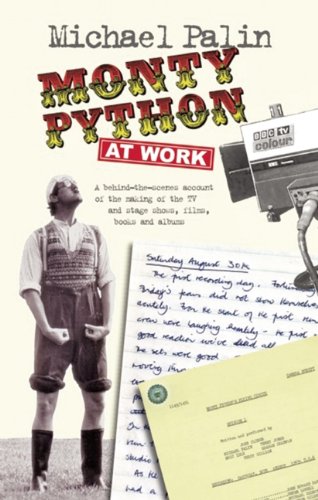 Drawn from his published diaries, this is Michael Palin's account of the making of the Monty Python TV and stage shows, films, books and albums

He also captures the group's many anarchic exploits such as John Cleese in a bikini, driving a Rent-a-Van up Glencoe in full chainmail and filming Scott of the Sahara on the beach at Torquay

As well as their many battles with BBC suits, budget-conscious film producers, and self-appointed censors

And thanks to Palin's as-it-happened accounts, we are taken behind the scenes to watch with unrivaled intimacy the creative processes that led to the finished work - seeing how it was actually put together

It will delight Python fans everywhere, and be a source of instruction and inspiration to those who seek to follow in their footsteps

"No writer-performer has combined professional hilarity and personal sanity more successfully than Michael Palin. Anyone interested in how comedy happens should hang on his every word" ~ David Mitchell