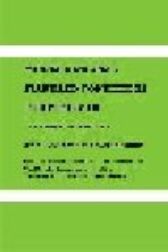 These Model National Standard Conditions cover operational matters and complement The Technical Standards for Places of Entertainment, which cover the physical requirements for building and maintaining entertainment premises

The Model National Standard Conditions are provided for the use of Councils and licensees nation-wide in the interests of achieving a uniform approach to licensing issues. They also provide a guide to good practice for anyone concerned with the management of places of entertainment

ABTT was alarmed to discover 18 months ago that The Model Rules of Management, which were based on the GLC Rules, had not been adopted by very many licensing authorities outside London, probably due to lack of publicity of their existence as well as a slight resentment against all things from London

The Local Government Licensing Forum had published proposed national guidance without being aware of The Model Rules! The ABTT took the lead in creating new national guidance. All parties agreed to amalgamate and revise both documents and to publish the new guidance jointly