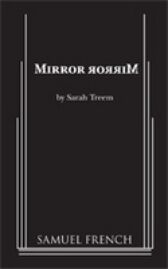 "A dream, a story, high school, insanity. It's hard to tell sometimes, isn't it?"

Set during a high school Homecoming dance in the south, this dark comedy presents a precarious landscape where magic lurks behind make-up, mirrors and memories ...

In the bathroom Gretchen Black, the most popular girl in school, lights a cigarette and asks the mirror on the wall who's the fairest of them all

But when Gretchen puts the cigarette out in her armpit, the witch disappears

She has no hips or chest to speak of, but her skin shines white as snow and her lips are as red as the rose

In this dark comedy, based on Snow White, ten teenagers love, lose, betray and revenge each other over one autumnal weekend in a kingdom far, far away