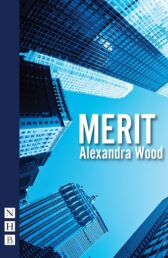 Against all odds, young graduate Sofia has got a job as PA to one of the wealthiest bankers in the country

But her mother has her doubts ...

Did Sofia give more than a good interview to get it?

In a subtle game of cat and mouse, split loyalties and questionable morals, Alexandra Wood's powerful two-hander looks at the complexities of a motherdaughter relationship, the growing argument between rich and poor

And a young woman stuck in between

" .. the moral questions raised deliver a punch in the age of austerity" ~ Guardian

" ... there is a sharp, sardonic wit in the cut and thrust between the two characters" ~ BritishTheatre.com