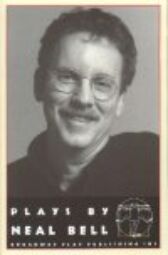 MCTEAGUE: A TALE OF SAN FRANCISCO - adapted from the novel by Frank Norris

"Frank Norris' novel MCTEAGUE is a panorama of the U S at the turn of the century: cowboys, gold mines, the immigrant experience, the advent of electricity and the movies. At the core is a gruesome cautionary tale, aptly retitled `Greed' by Erich Von Stroheim when he made a nine-hour film of it in 1923.... In adapting it anew...Neal Bell's script...the second half is riveting. This is a story of downward mobility, about a miner turned dentist (sans diploma) who winds up defrocked and doomed in an abandoned mine." William A Henry III, Time

"Bell weaves a thick, dark tapestry of themes from MCTEAGUE's epic of incidents. Socially, the focus is on the helplessness of a rough simpleton in a rapidly urbanizing and professionalizing America--and on the determination of immigrants and bootstrap-tuggers to cling to the middle class rather than fall into the Victorian abyss of want. Psychologically, it's on the metamorphosis of McTeague's innocent ignorance into murderous rage--and Trina's sensible shift into masochistic self-denial. Morally, it's on the life-choking consequences of treating money as an end in itself rather than a means toward fulfilling human needs. Each of these levels resonates through the adaptation's writing." Scott Rosenberg, San Francisco Examiner - 5m 4f

"Neal Bell's play RAGGED DICK is a lurid, poetic and often fascinating study of sex, politics and poverty. ...Bell's landscape painting of urban poverty does not take the form of any ordinary docudrama. Rather, it offers a caustic, stylized impressionistic vision--a kind of film noir for the pre ragtime era reminiscent of novelist E L Doctorow's work.... In RAGGED DICK, Bell looks straight in the eye of everything that can breed in a slum: venereal disease, ravaged babies, corrupt and brutal cops, child abuse, warped sex and shattered souls of all descriptions. And he describes it all in startlingly original terms." Hedy Weiss, Chicago Sun-Times - minimum 6m 3f

THÉRÈSE RAQUIN - adapted from the novel by Emile Zola

"Neal Bell's exciting new adaptation, from the novel, keeps the grit and erotic animality, but throws out the cumbersome apparatus, letting the sordid story breath and compressing it into a series of tight, poetically written short scenes, using the grotesque tiny details to imply feelings and situations in vivid shorthand: Naturalism as haiku." Michael Feingold, The Village Voice "Naturalism and expressionism collide with shattering effectiveness in THÉRÈSE RAQUIN. Emile Zola's seminal work of naturalistic fiction caused an international scandal when published in 1867. Zola's blunt, unprettified representation of the most sordid elements of life--infidelity, murder, madness and suicide--seemed revolutionary in the context of his time. Especially remarkable was Zola's gritty portrayal of his eponymous central character Thérèse, a brilliantly radical departure from the simpering female prototypes of Victorian convention. Playwright Neal Bell's expressionistic adaptation of Zola's masterwork is both allusive and bold. Bell, who understands that less is more, tersely renders a psychological suspense story that keeps us on the edge of our seats." F Kathleen Foley, The Los Angeles Times - 5m 3f