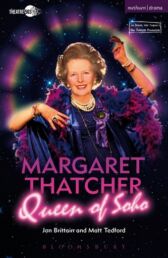 Margaret Thatcher, Britain's first female Prime Minister, gets lost around the streets of Soho on the eve of the vote for the "anti-gay" Section 28 legislation

And how one person could have made a difference