Man of the Moment 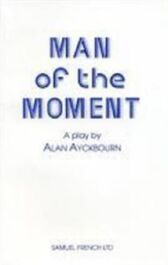 Seventeen years ago, Douglas inadvertently foiled Vic's last bank robbery, during which Vic shot a teller in the face

Vic, a callous boor, served his time and then exploited his celebrity status to become a wealthy television personality

Douglas married the maimed teller, and hero and victim fell into shabby obscurity

Will Vic ever receive his just deserts?

"A masterpiece [by] Ayckbourn at the peak of his powers using comedy to say harsh, true things about our society" ~ Guardian

"Marvelous, moving and memorable" ~ Time Out