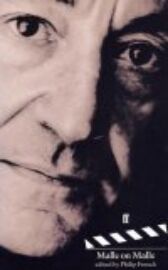 From the 1950s until his death in 1995, Louis Malle pursued one of the most varied and successful careers in post-war cinema, directing such movies as Le Feu follet and Au revoir les enfants in his native France and Atlantic City, My Dinner with Andre and Vanya on 42nd Street in the United States

Documentaries shared equal importance in his career; he was only 24 when his first picture, The Silent World (co-directed with Jacques Cousteau), won both the Palme d'Or at Cannes and an Oscar as the best full-length documentary of 1956

In this frank and far-reaching book, Malle discusses his development as an artist; the often fierce controversies aroused by pictures dealing with prostitution, incest and war-time collaborations; the momentous year spent shooting his 'Phantom India' series; and his decision to move to America in the 1970s

He also talks about the recurrent themes of his films, his passion for jazz, and his work with actors and actresses ranging from such stars as Jeanne Moreau and Burt Lancaster to the non-professional teenagers who appear in Lacombe, Lucien and Au revoir les enfants

The basis of the book is a series of conversations between Malle and Philip French, one of the most distinguished film critics in Britain, who provides an indispensable guide to Louis Malle's career