Magic Hour - A Life in Movies 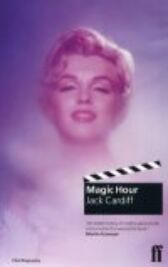 The most celebrated director of colour photography tells the story of his adventures in celluloid. The 'Magic Hour' is the special light that occurs just at twilight, and a very special light is what cameraman Jack Cardiff brought to films such as The Red Shoes, The African Queen, and Black Narcissus for which he won an Oscar

In Magic Hour Jack Cardiff details the adventures of his life: on tour on the music-hall circuit with his parents; acting in silent films; being chosen by Technicolor as the first British cameraman to be trained in colour photography; filming with British convoys in the Atlantic during World War II; his big break when Michael Powell asked him to photograph A Matter of Life and Death; his rambunctious expolits with Errol Flynn; and his triumph at the Cannes Film Festival as the director of Sons and Lovers

As a master of light, Cardiff came to photograph some of the most beautiful women in cinema history: Marilyn Monroe, Ingrid Bergman, Sophia Loren, Audrey Hepburn and Ava Gardner, to name but a few.Cardiff's bold and imaginative photography enhanced not only the work of Powell and Pressburger, but also that of Alfred Hitchcock and John Huston. Told with modesty and charm, Magic Hour is the personal journey of an extraordinary craftsman of cinema