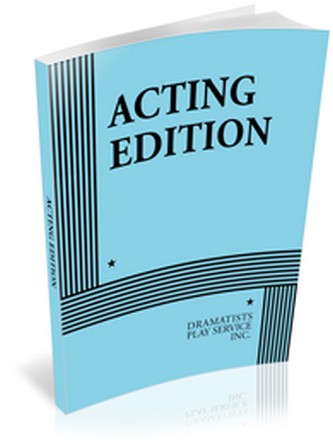 As Fran and Martin celebrate their wedding anniversary, they learn of a military recruiter's visit to their only son's high school

Faced with the prospect of their son's enlistment, they find themselves on opposite sides of one of the most profound questions any mother or father can face

"Lovely Day ends on a tantalizing but satisfying note of ambiguity, the ideal conclusion for this thoughtful, emotional play" ~ BackStage

"Not nearly as realistic a play as it seems, Lovely Day is gently stylized with succinct talk and a casual structure to sneak up on unsuspecting viewersTersely composed by Leslie Ayvazian, a surprising amount of ethical and emotional ground is covered in these scenes in a mere 75 minutes" ~ Star Ledger

"These are real people dealing with big but troubling issues that have personal consequences. Ayvazian balances her characters with care, attempting to offer equal weight to conflicting perspectives[She] understands that silence and stillness can be more eloquent than words and movement" ~ Pittsburgh Tribune

"It's about time a playwright explored how the war in Iraq affects family members who have opposing political viewpoints Ayvazian has the guts to write about the divisive war in Iraq, even though she doesn't go into any specifics about it. Besides showing how a global conflict affects a family seemingly far removed from it, she also points out how differently men and women feel about war and parenthood" ~ Broadway.com