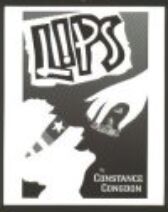 "President Joni, the first woman to be elected to that office, is a politician with heart who wants to bring the issue of gay rights to her party's political platform. She wants to confront and change the laws that discriminate against her gay and lesbian constituents.... ...the whole thing works, and reasonably well for the world premiere of this interesting play.... ...you'll stay more than fascinated by the activity of the characters...." David Roberts, Theater Reviews Limited