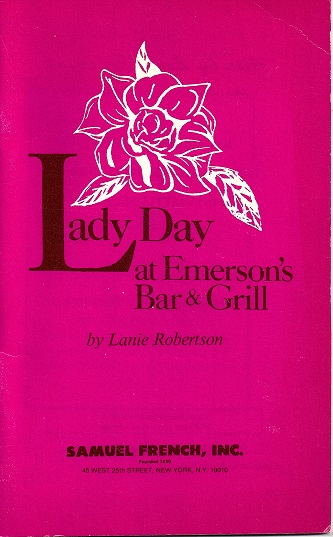 The place is a seedy bar in Philadelphia

And the audience is about to witness one of Billie Holiday's last performances, given four months before her death

More than a dozen musical numbers are interlaced with salty, often humorous, reminiscences to project a riveting portrait of the lady and her music

"The richest jazz singing in town just now is at [this] subtle absorbing dramatic performance ... Evokes all the sordidness of a woman entirely shaped by suffering ... By the end ... one is filled with an unexpected joy ... Robertson's play is a spare, shrewdly constructed piece" ~ N.Y. Times