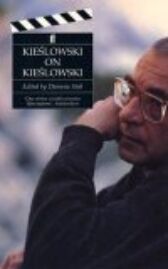 Krzysztof Kieslowski's films were brought to the attention of the international audiences by "Decalogue". Since then his reputation as a world-class film-maker has been firmly established with "The Double Life of Veronique" and "Three Colours", showing a move away from his documentary roots towards a more intimate and even spiritual style of film-making. In the discussions in this book, the director comments on each of his films in turn, describing the circumstances of his life while they were being made - occasionally under great pressure from the censors - and his subsequent life.