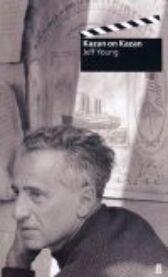 Elia Kazan is the director responsible for films such as On the Waterfront, A Streetcar Named Desire, Viva Zapata! and East of Eden - to name but a few. With Marlon Brando and James Dean he inaugurated a new age of screen acting - one closely connected to the New York Method school - which has left a lasting impression on American movies

A Greek immigrant - who immortalized his family's struggle to reach the New World in his film America, America - he was ferociously committed to dealing with the problems that beset American society: trade unions in On the Waterfront; anti-semitism in The Gentlemen's Agreement; media manipulation in A Face in the Crowd; and ecology in Wild River

His demand for an authentic intensity of performance from his actors brought a powerful emotionalism to American movies and created moments of cinema that live forever in the memory. This book chronicles, in his own words, the career of a director who re-defined American film acting