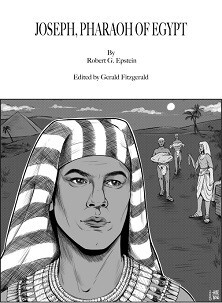 This ancient history play continues the story of Joseph, Minister to the Pharaoh of Egypt

Around 1720 BCE, a group of foreigners referred to as Hyksos invaded the land of the Nile at a time of political chaos

Joseph, now Minister to Pharaoh, was accused of being a military threat

.Joseph became Pharaoh of Egypt and and developed trade partnerships with Babylon and Assyria and built the Egyptian Empire into a major economic power