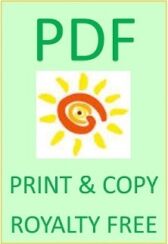 Public Domain
This Play can be performed Royalty Free

"Men's been hitting back since the beginning of the world, but hitting back has learned no one anything but hatred and bitterness"

But as a series of devastating events unfold, the Fergusons find themselves tested to their limits...

John Ferguson was first performed at the Abbey Theatre, Dublin in 1915, establishing Ervine as one of Ireland's greatest writers

" ... a long-neglected masterpiece of Irish theatre; a family tragedy of crippling debt and financial exploitation to which modern times have given a new relevance and meaning" ~ Sarah Marsh, WhatsOnStage

"If you want to understand the Ulster Protestant ethos, you could do worse than watch this 1915 play by the Belfast-born St John Ervine It offers a powerful portrait of the strengths and weaknesses of an iron faith and is proof that Ervine, who went on to become The Observer's theatre critic, was a natural dramatist There is something of real substance in a play that shows how, in a religious culture, biblical texts can be used either to vindicate or deplore acts of class revenge ... the most compelling play in London ... It has a raw, visceral power" ~ Michael Billington, The Guardian

" ... a small miracle A Unionist counterpart to the Republican Dubliners of Juno and the Paycock" ~ Alan Franks, LondonTheatre1.com

" ... a moral thriller the audience was completely gripped. Honestly, a rock would have wept" ~ Peter Graystone, Church Times

"This production suggests that 19th century-style melodrama can still carry power if played with full faith in the genre and the emotional reality" ~ Gerald Berkowitz, The Stage

" ... though we're clearly in a different era during the play, the story doesn't feel dated. Passion fuels this piece and it's portrayed by everyone involved" ~ The Good Review

" ... what is uncovered here isn't a dusty museum piece but a moving and truthful drama" ~ Robbie Lumsden, Bargain Theatreland

A lean, potent drama that does not deserve to be forgotten" ~ Andrzej Lukowski, Time Out