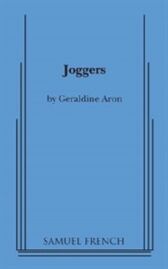 Gus and Wally meet while jogging near their holiday hotel

Gus and his wife Sylvie are on a seven day package deal, while Wally is honeymooning his second wife Norma

While the men become acquainted when out jogging, their wives exchange confidences while sunbathing

During the course of a week Gus changes, subtly becoming top dog as he discovers Wally's weak points

By the time they meet for their final jogging session he realizes he'd rather be himself, "humdrum job, packaged holidays and all"

Wally is distressed and scared at the knowledge that Gus no longer envies him, but by making a supreme effort he manages to maintain the facade