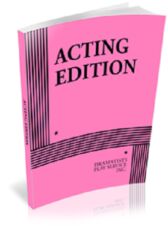 Arrested in Italy in 1945 by the liberating US troops, the famous expatriate poet, Ezra Pound, was imprisoned in a cage and treated like an animal - which many people considered him to be

At issue were some eighty-four wartime radio broadcasts which Pound had made on Italian radio, broadcasts which, while purporting to discuss economic theory, were in fact rabid anti-Semitic diatribes

Scornful of his captors, Pound takes delight in taunting them with his immense erudition and intelligence, winning small victories not only over the uneducated young black M.P. who is detailed to guard him but also confounding the lawyer and psychiatrist who are sent to interview him

Unrepentant and even indignant at his incarceration, Pound seems to unbend only when speaking with a fellow prisoner, a black G.I. awaiting execution, and he is furious when he is informed that a group of fellow writers, including Ernest Hemingway, are encouraging a plea of insanity to account for his actions

Seemingly unassailable in his isolated brilliance and paranoia, Pound does appear momentarily shaken when confronted with evidence of the Nazi death camps - but, as history confirms, it was, in the end, hatred rather than compassion which sealed the destiny of this gifted but tragically misguided man ...