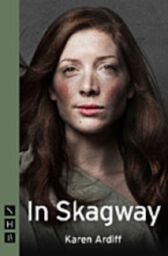 A compelling and lyrical tale of the desires and loyalties of four women in an American wilderness.

The gold in the hills runs out

For years, Francis Harmon traded off her reputation as a star actress in the prospering American cities

Now she and her companion May have washed up in a cabin on the Alaskan frontier, while May's daughter prospects for gold

The gold rush is almost exhausted

But when Francis is struck down by illness, they each must choose between facing the threat of their future and the lure of their dreams of the past