Image of an Unknown Young Woman 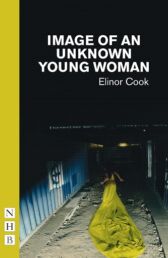 A startlingly theatrical look at what happens when it all kicks off ...

She's a young woman in a yellow dress

And she's been shot by the police

As a video goes viral, a revolution begins to stir

Across town, Yasmin is desperate to know if her missing mother is still alive

And halfway around the world, a woman in London wants to help

As a tornado of dissent and violence spreads, everyone's life is going to change

" ... a bold examination of violence and revolution a smart, gripping look at what grabs our attention and at our unacknowledged capacity for rage and violence" ~ Guardian

" ... brimming with ideas a fascinating, troubling mirror image of us" ~ Time Out

" ... grabs its audience by the throat and doesn't let go highly emotive, potently theatrical, shot through a with a dark wit" ~ The Stage

" ... punchy and tense it crackles with anger, emotion and razor-sharp social commentary" ~ A Younger Theatre

Image of an Unknown Young Woman premiered at the Gate Theatre, London, in June 2015