I An Actor - Another Great Actor Explores Himself 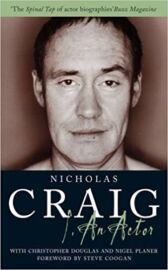 The new revised edition of the uncensored 'Acto-biography' of the most controversial thespian of his generation - one of the funniest spoof acting books ever!

The memoirs of Nicholas Craig - theatrical eminence best known for his Trueplate in The Cuckolde of Leicester and more popularly as Gob in Oh No! It's the Neighbours! - are re-released for a grateful audience, updated with a wealth of new and controversial material

Startlingly truthful, unflinchingly illustrated, I, An Actor is a piton up the slope of creativity for theatre fans and aspiring actors alike, revealing everything that most theatrical autobiographies cravenly avoid