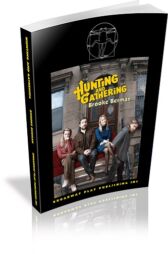 Four New Yorkers seek shelter, both physical and spiritual, in a variety of temporary abodes and in one another in this smart and sexy comedy

Named as one of the Ten Best Plays by New York Magazine and lauded by Variety for its "bracing wit and intelligence", the play re-casts the old relationship questions as real estate issues

Who will move in with whom?

And what will be the price of this commitment?

Ruth is still trying to getting over Jesse, a Columbia University English teacher, whose marriage ended over his affair with Ruth

Astor, a couch-surfing Buddhist, has stayed pals with Ruth and clearly hopes for more than friendship

And Bess, a college student who is auditing one of Jesse's classes, decides to put the moves on her prof

These characters' relationships are reflected and complicated by their relationships with real estate, which are - to put it mildly - fluid

"As every young, single New Yorker quickly learns, real estate is destiny in this town ... The four attractive players in this droll comedy think of their fly-by-night housing accommodations as proof of an independent spirit. Little do they realize, until the scribe plays her romantic trump card, that their loose living conditions more accurately expose their fears of emotional commitment. Character insights are comic, but never cruel, revealed in clever dialogue" ~ Marilyn Stasio, Variety