How to Produce a West End Show 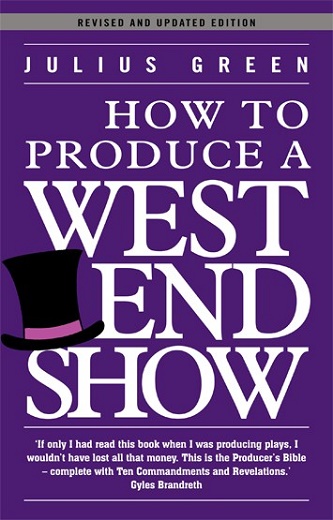 How to budget and finance a show
How to assemble a cast and creative team
How to work with writers, directors and designers
How to book a West End theatre and a pre-West End tour
How to advertise and market your show

"If only I had read this book when I was producing plays, I wouldn't have lost all that money. This is the producer's Bible - complete with Ten Commandments and Revelations" ~ Gyles Brandreth

"An exceptionally well-written, drily inflected and amusing book ... full of useful words of wisdom ... a valuable addition to the confessional memoirs of his fellow cigar-suckers " ~ Michael Coveney, What's On Stage

"To cover all the many possibilities in a readable form might seem an impossible task, but it is a task that Green achieves with honesty, good humour and wit" ~ The Stage

"Will become a bible to those with even a fleeting interest in producing ... What Green doesn't know in his 25 plus years as a theatre producer isn't worth knowing ... a must for anyone working in the theatre, not just producing" ~ The Public Reviews

"What makes this book so good is the author's experience and willingness to provide really practical advice every facet of the business is patiently and intelligibly explained this well-written volume gives a real behind-the-scenes insight into what it takes to put together a major production Whether you want to become a West End producer, try your hand in Edinburgh or a fringe venue or just wish to learn a great deal more about life in the theatre today, this book comes strongly recommended" ~ British Theatre Guide

"A distillation of knowledge acquired from many years of practical experience, levelled with a laconic wit plus the odd anecdote or five from the sharp end of the business an excellent background in industry practice and terminology ... Producing outside the West End, with other producers and even Broadway are touched on, making it even more comprehensive ... very readable highly recommended" ~ theatremonkey.com